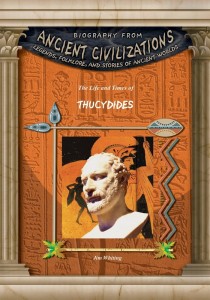 Thucydides wrote the first work of scientific history, in which he described the savage Peloponnesian War pitting many Greek city-states against each other and ripping the ancient world apart. Early in his book, Thucydides said he believed it would be a possession for all time. His prediction proved to be correct as historians, military officers and many other people still read History of the Peloponnesian War for its insights into politics and human nature.