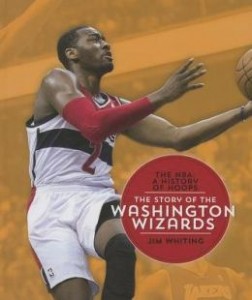 Formed as the Chicago Packers in 1961, the team moved to Baltimore two years later and became the Bullets. They moved to the nation’s capital in 1973, where they became the Wizards in 1995. Notable Bullets include Westley Unseld, Earl Monroe, shot-blocking specialist Manute Bol, and Muggsy Bogues, at 5-3 the shortest player in NBA history.